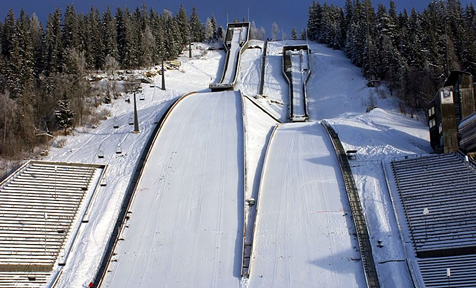 His outstanding performance in Ruka, Klingenthal and Lillehammer, where he got 3 victories already, giving Domen 52 pts advantage over 2nd, Daniel Andre Tande and 113 pts over 3rd, Maciej Kot.

That’s amazing achievement for 17 years old Domen, however we could see that potential already last year when he got his first world cup podiums.

In his latest interview Domen said “this can all change again tomorrow or next week” which shows, that he is very aware, especially looking at his brother Peter Prevc, which is struggling to find his best form.

However, Domen has everything to keep winning and if he’ll keep his mind focused he can make a great surprise at the end of the season.

The next event will be held in Engelberg (Switzerland) where last year, Peter won the World Cup competition and Domen was second so we can expect a great and excited tournament.