DOMEN’S NEW RECORD!
Domen Prevc – World Cup Domination – ” The competition is very strong and we have to stay focused and give our best “ 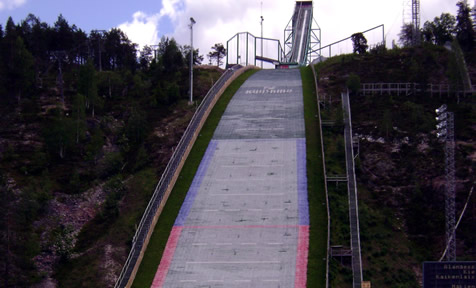 Domen Prevc won in the first world cup tournament of the 2016/2017 season in Kuusamo, Finland.

It was another fantastic day for the Slovenian ski jumping despite Peter Prevc’s fall in his second jump.

After first jump (138.5 m) Domen was on the 4th place. He had a great second jump (140.5 m) and that gave him a victory over Severin Freund and Peter Prevc who had a fall in his second jump. Peter was ahead of his opponents, and his second jump would give him a victory, but unfortunately for him he didn’t land properly and he lost his points advantage. However, he finished 3rd and Domen and Peter finished the competition on the podium for the second time in history.